The Cryptocurrency that changes Traffic for Money

It uses an SHA256D encryption system to keep the network safe and unlockable. Use the PoW / PoS hybrid method to confirm transactions.

NPCcoin is a free code protocol. Anyone can run a node and take advantage of its PoS compound interest system that pays up to 30% per annum automatically. Simply by having the computer turned on and your coins in deposit, as your own bank that gives you a return for having deposited your cryptoactives 100% Secured.

NPCcoin is a cryptocurrency created to maintain the ecosystem of NegociosparaCasa.com and to participate in the new economy supported by blockchain. All our products and services are paid through this cryptocurrency and we pay and share our benefits through this block chain protocol with a system of Shared Profits that reduces the offer we issue.

To know all the technical characteristics, as well as the source code and files for downloadable purses or to see the public block chain of NPCcoin, you can visit the official website https://npccoin.com/
.

Our platform generates and shares NPCcoins of different activities that you can check and will distribute more than 7000000000 NPCcoins in total in different ways detailed below in the following tab.

We call Cloud Mining the way in which, virtually or in the cloud, the division of the coins is generated to distribute among the users of this cryptoactive and its platform. In turn, this system is divided into different forms:

The PoB cloud mining packages (Backlink Test) are purchase orders that launch a 180-day mine time timer, releasing daily ROI a percentage amount of the value of the purchase package of up to 1.33% daily. They are automatically released at 23:55 in New York and the process is automatic. These packages must be activated every day so that after this moment of time you are qualified and receive in your balance the reward of the day. To keep active you must exercise a simple task per day to publish one of the contents of the platform prepared for it on the specific page called Cloud Mining PoB.

There is a limited number of Cloud Mining PoB Packages for a total of 70 million NPCcoins. Once finished, this system will be invalidated or revised again by the project management and the public debate. This makes this system 100% Sustainable despite the High Daily Profitability. It is not Infinite and only a few will benefit from this system as long as packages are available.

The idea of this system to give so much profitability is to take advantage of the traffic generated by the task, to encourage the participation of new users and expose the platform and the NPC brand to thousands of other websites, since with this system we feed the construction of linkbuilding and therefore, it increases traffic, Page Rank and our value as a platform for advertising.

Actions for participating in the platform:

There are many other free ways to generate more coins without investing and it is through participation. There is a list of actions you can do on the platform to generate currencies: comment in the community, participate in the marketing program or share articles from our content network. You can see more info on how to get NPCcoins below this page.

We call Premine the first block that generated the 70 million coins to start the chain of blocks. These coins are distributed as follows:

14 Million NPCcoins for Private Sale. These coins are sold in exchange for Bitcoins or other cryptocurrencies at a price equivalent to Bitcoins. You can have more information in our private sales dossier. This represents 20% of the Premine Intended to pay the costs of system maintenance and overhead expenses.

21 Million NPCcoins for Airdrops, Promotions, Gifts or Special Campaigns. These campaigns can be discussed and discussed in the Forum. This represents 30% of the Premine. These Campaigns can be followed from the forum Airdrops.

14 Million NPCcoins to be distributed among the platform's development team. NPCcoins will be paid in exchange for activities, creations, videos, articles, interviews, designs, works, etc. Value and quantities of the work carried out will be discussed in the Team Group. This represents 20% of the Premine.

7 Millions of NPCcoins are destined to sponsors and sponsorships. This represents 10% of the Premine. You can follow these expenses in the Forum Sponsorships

7 Millions of NPCcoins will remain in the project reserve. This represents 10% of the Premine.

7 Millions of NPCcoins remain in the hands of the CEO in free discretion. This represents 10% of the Premine.

We call PoS to the system of the protocol of confirmation of transactions of the network of payments. Our encrypted protocol, which we call Blockchain, is built block by block with a number of transactions. These transactions are publicly exposed and anyone can see it. Once the transaction is confirmed, no one can erase or modify it.

For these confirmations to take place, a confirmation system called Proof of Stake has been created in which users with mature coins send a proof of belonging and that proof of belonging, let's say, shows the total of coins and where are they. That means that if a coin is in one portfolio, it can not be in the other. This simplified way of explaining the system automatically gives you a% of the coins you have shown that you have. This can be up to 30% per year.

For this participation test to take place, you must have the downloadable purses or nodes, unlocked and connected to the Internet network. Coins that remain more than 7 hours in your node or portfolio without being moved begin to participate and be qualified for rewards. The Rewards are delivered automatically every 70 seconds, since it is the time it takes to generate a block.

The algorithm of the protocol says that the greater the volume of coins and the greater the maturity, the greater the probability of receiving more rewards. A reward is mature at 7 o'clock. This creates a compound interest that generates up to 30% annual interest. Every 70 seconds you can qualify for a reward.

You must not be a user of the platform for this reward, you must only have a node or wallet connected to the Internet and get NPCcoins, buying or producing them and keeping them saved.

Shared Profits, Currency Repurchases and Increase in the Value of NPCcoin

Our platform is designed to share the benefits with the community. We have a cryptocurrency repurchase system to make this project a sustainable system in eternity. 50% of the revenue is repurchased in any currency as paid by our partners, Euros, Dollars, Bitcoins, Bitshares, Etherium, etc.

For example, if you generate € 10,000 of profit is Adsense thanks to the spaces available through the network of sites, € 5,000 is full benefit for the company that manages the NPC project and € 5,000 is used to buy back NPCcoins available in the market to through a decentralized exchange. The transaction will be made public to demonstrate the veracity of the payment. This will allow the platform to always have coins available to distribute by reducing the supply generated by the issuance of the platform and there will always be some buyer for the cryptocurrency, increasing its value progressively as more benefits get the platform and more repurchases are made.

To track benefits and value, you can visit the forum Transparency of benefits.

Win NPCcoins and exchange them for products, services, courses or other types of money.

We reward the time, dedication and loyalty of our users and customers with a revolutionary loyalty system. The more involvement you have with NPC, the more NPCcoins you can win.

NegociosParaCasa.com makes available to users different ways to get more NPCcoins with tasks or without them, that's why we wanted to design a community that constantly rewards its users, since together we make this platform a great profitable business for all.

You can use the NPCcoins in our online store. We have digital products, courses, plugins, ebooks, software, reports and even gift checks.

You can also withdraw them to any external portfolio and take them wherever you want, since it is a cryptocurrency accepted in different exchanges (exchange platforms).

You can also automatically get up to 1 NPCcoin free every 15 minutes through our Faucet filling a simple captcha.

Acquire mined packages in the cloud with compound interest, with the available Cloud Mining PoB packages and get daily rewards with our promotion system.

You can change currencies from Bitcoin to NPCcoin and from NPCcoin to Bitcoin paying the price stipulated by the international exchange markets of cryptocurrency and BTC-NPC currencies, for example:

You can access the complete and sophisticated affiliate system, participate in the different campaigns and earn sales commissions, new registrations and traffic generated to our pages.

Leaders in Generation of NPCcoins 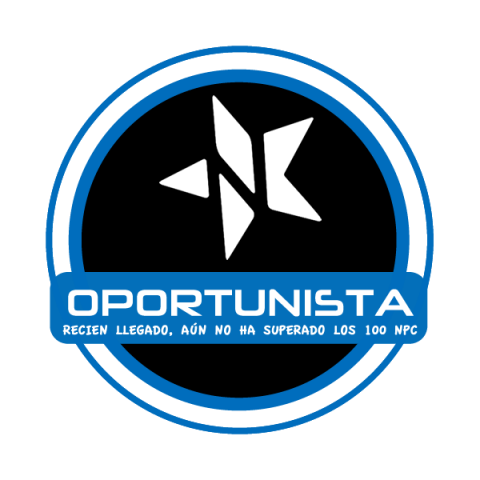 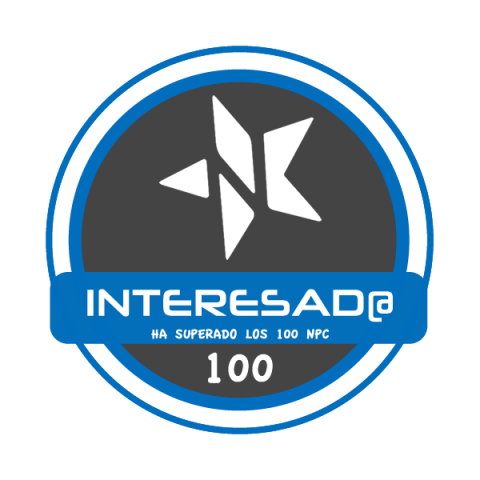 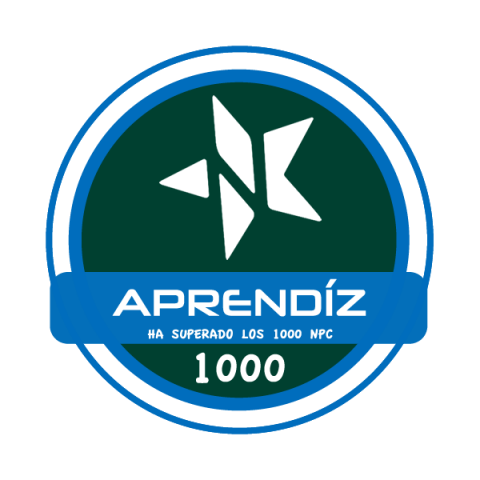 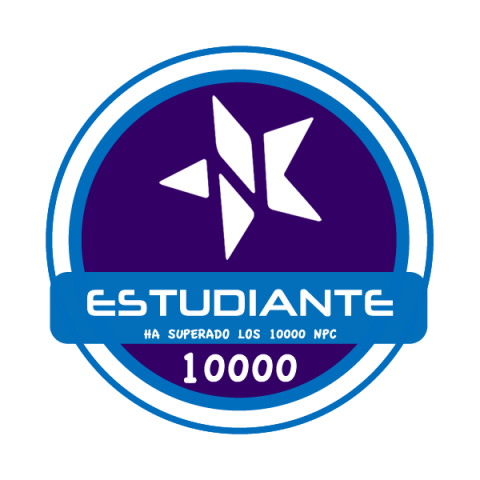 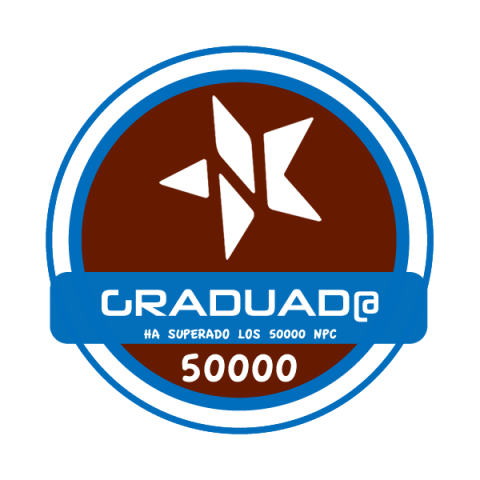 Graduate in Business, very good, to have come this far, means that you have been with us for a long time, surely you will already know ... 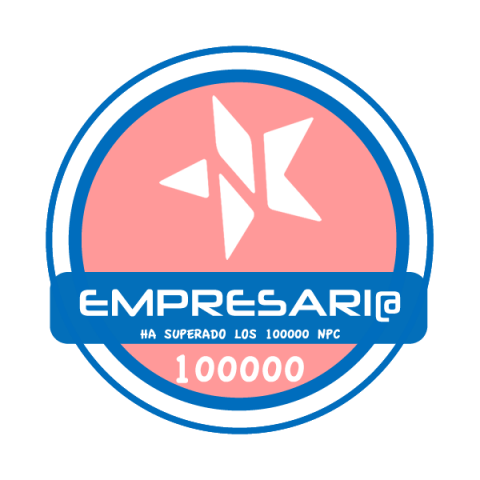 Mr @ Business is the minimum title that is expected from someone who has achieved the quarter of a million, nothing ... 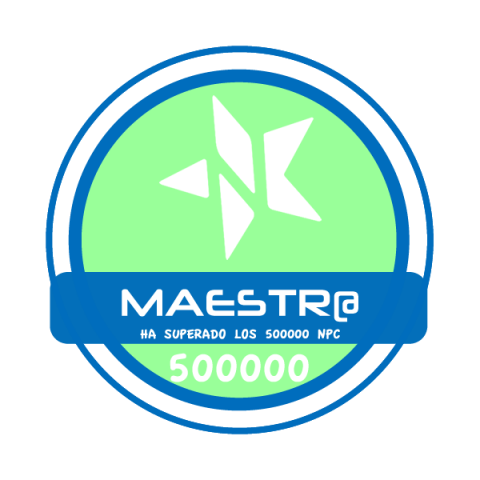 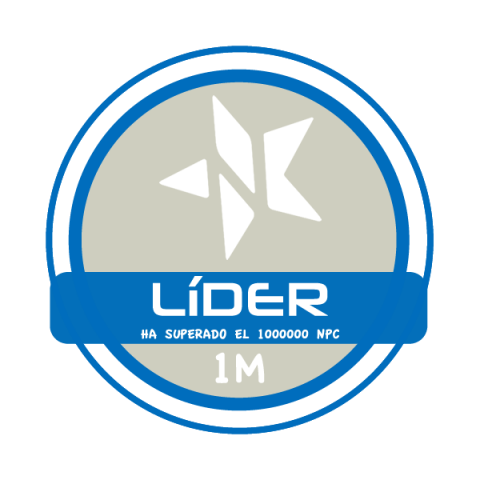 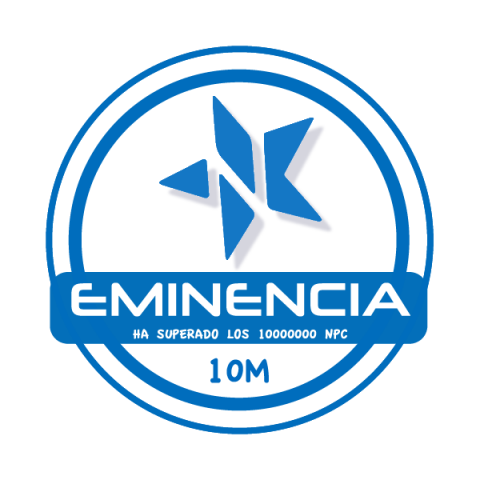 Eminence of Business 10000000 NPC yes, ten million NPCcoins generated on the platform, is the Maximum Range, the ...

You must generate NPCcoins to accumulate the range. It does not matter if you spend your generated NPCcoins. We keep the total accounting of what you have produced.